On the 23rd of July, 1938 Bagno Select was born. Only 135 days of work were required, carried out according to the project for the engineer Giulio De Micheli, the same who in 1926 built the Select Palace Hotel, today known as Grand Hotel Principe di Piemonte.

Initially the name of the two large buildings was just “Select”.

Only after the release of an article published in 1940 on the “Popolo D’Italia”, the official magazine of the fascist party, which contested the use of foreign terms for Italian works, De Micheli radically changed the name of the hotel and the beach in “Principe di Piemonte”.

The Principino complex represents one of the first bathing establishments built in Italy.

Its peculiarity has always been innovation right from the start: the structure included and still includes 150 cabins with drinking water and toilets.

The central block of the building was divided into a ballroom, game rooms and medical services. Three rooms were also used as a restaurant, café and cinema-theater.

Going out towards the sea, people found the veranda built in a semicircle that directly overlooked the 25 m swimming pool with diving board and sea water. It was the first swimming pool built inside a bathhouse within a radius of many kilometers.

Over the years Principino has established itself more and more as the meeting point of the social life of the city but not only that, many dukes and prominent personalities also came to Viareggio to frequent this environment.

Then came the war which also damaged the outside of the building. In fact, it seems that the two cabine arms were bombed and subsequently rebuilt after the war.

It is precisely in this period, also thanks to the presence of the famous Buffalo Division, that numerous places for the entertainment of the military were born. In February 1946, the Casino was inaugurated on the premises of the Principe di Piemonte bathing establishment.

The 50s and 60s they were very successful for the Principino: in the summer every evening was a party, the most requested artists of the moment performed. But not only that, inside the building it was possible to watch movies being screened thanks to the presence of the cinema hall.

It was then possible to have a drink under the arcade on the promenade of the Passeggiata or have a chat on the veranda by the pool.

The Carnival Balls were also very famous and unforgettable. They took place in February, and people competed for the best carnival costume and danced until dawn in the large internal halls.

During the ‘70s it had become one of the cornerstones of the city, being also the only congress center in Versilia.

Subsequently, the Principino became a private owner of the municipality. The succession of different municipal administrations weighed on the performance of the structure.

There were many figures who tried their hand at managing the bathhouse and the entire complex, but the political disputes affected the location itself.

Only from 2017 the Principino saw a new light. It was in fact put up for auction and bought by two private entrepreneurs, Roberto Brunetti and Enrico Bogazzi. After a beautiful restoration work, in June 2018 we witnessed the rebirth of one of the most important historic buildings in Viareggio.

To mark the start of the new activity, for the inauguration was hosted a solo exhibition by the master Giuliano Vangi. It was set up in a room whose name is in honour of the artist: Sala Vangi.

Today Principino Eventi is a very prestigious location, which has maintained the grandeur of its bathing establishment with first class services and, as a conference center, it offers the possibility of organizing any type of event, thanks to its large spaces. 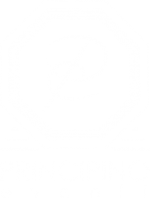